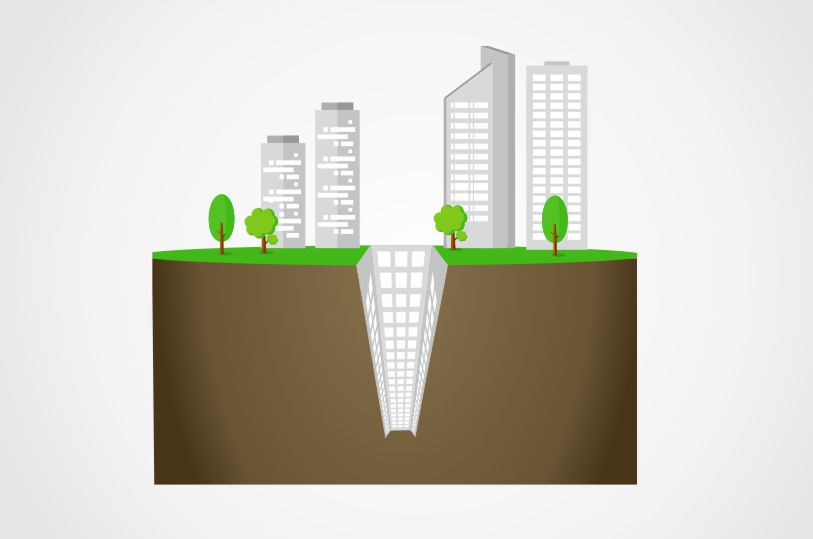 With the nation’s cities becoming increasingly crowded by skyscrapers and indeed ‘groundscrapers’, a term popularised by Google ahead of its planned development of a new gargantuan headquarters in London, are we soon entering into an age of ‘earthscrapers’?

As the name suggests, earthscrapers are in effect inverted skyscrapers- constructed downwards, the structures are buried deep under the ground’s surface, far surpassing the depth of an underground carpark or basement.

The best-known proposition for an earthscraper thus far has been proposed by the Mexican architecture company BNKR in Mexico City. Their proposal consists of a 65-storey deep structure built in the heart of the city’s square, the Zócalo. The structure encompasses a glass top, which allows natural light to reach most parts of the upside-down pyramid. The development of the earthscraper is motivated by Mexico City law which prohibits the demolition of historic buildings and restricts the height of new structures to 8 storeys. The project also aims to meet the demand for more living accommodation, therefore, could earthscrapers provide a unique solution to issues surrounding social housing and regulatory restrictions?

At present earthscrapers are a design concept only, an idea conjured by ground- breaking architects pushing the limits of development theory. However, considering how far modern methods of construction have come since the first skyscraper built in Chicago some 130 years ago, nothing seems outside the realms of possibility…